Last year, we launched a survey to customers to feedback on our products and service. As part of the survey, customers were asked if they had noticed any benefits to their dog.

117 Henley Raw customers completed the survey and the results were staggering.

72 said their dog was happier

42 said their dogs teeth had improved 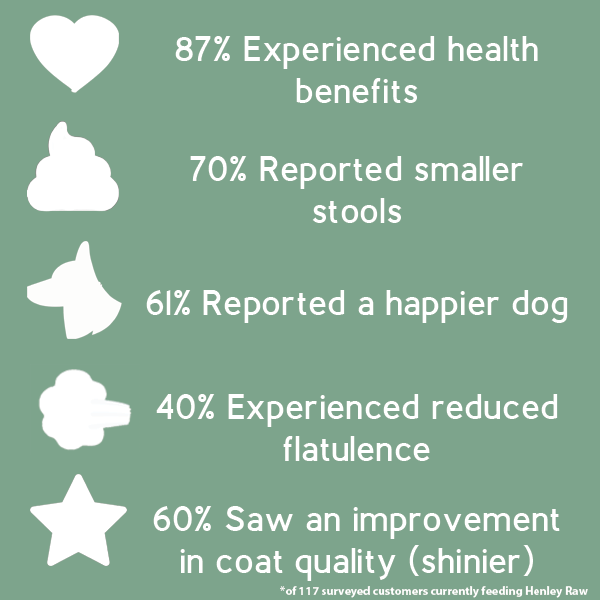